An Archived Blog and a New Home!

This is just an FYI that from now on new blog posts will be posted at https://jillbaguchinsky.com/blog/. This blog will remain as an archive, but I won't be updating it anymore.
Posted by Jill Baguchinsky at 2:03 PM No comments:

What If Your Agent Doesn't Like Your Next Book?

When you're trying to break into traditional publishing, landing an agent feels like finding the holy grail -- you've completed the quest, you've leveled up, you've done the thing. Then you start digging into everything that comes after, and you realize that signing with an agent is just another step in the process. And oh boy, you've still got a hike ahead of you.

So. You sign the contract. Your agent probably wants a revision, so you get that done. The two of you put together a submission package, your agent starts reaching out to editors, and for half a second you can BREATHE because the process is mostly beyond your control. (You should still be developing your platform, extending your reach, all that good stuff, but at least the submission process itself can chug along without you for a bit.) In that moment of calmness, you start thinking about that new idea that's been wiggling in the back of your head. That's when the anxiety sets in because...

What if my agent doesn't like my next book???

*runs screaming into the night*

I've seen that question on so many writing forums and Q&As and subreddits. It's a dreadful thought, and I can tell you from experience that it feels even more dreadful when it actually happens. So what does it mean when your agent just doesn't connect with your new work?

The scenario can play out in several ways, and it mostly depends on your agent. If you guys work well together but your new idea is in a genre or area that he doesn't represent, he might try to work something out with another agent (probably someone in his agency) who has more experience with that genre. If your new idea is still just that, a vague and nebulous spark, and you haven't put a lot of time or work into it yet, your agent might suggest that you put it aside for now and work on something she's more likely to be able to sell.

Or . . . You and your agent might decide to part ways.

I experienced the third option. In 2014, my then-agent was still trying to sell UNDERBED when I sent her the first draft of MAMMOTH. We worked through a series of MAMMOTH revisions, but in the end, she just couldn't connect strongly enough with the main character to represent the project, and I felt too strongly about MAMMOTH to give up on it.

Because of that, and because she'd been unable to do much with UNDERBED, she and I parted ways in 2015. That happened on my birthday, by the way. I don't recommend that. Really kind of ruins the day.

So yeah. These things happen. Sometimes you have to take a step or two back. However, that doesn't mean that you've failed, or that the project in question isn't viable. It just means that you and your agent weren't the literary soulmates you both hoped you'd be, and if an agent doesn't fall in love with a project, she's not the one you want selling that project anyway. Sometimes it takes a while to find the right fit in this industry.

I sent out a couple of MAMMOTH queries that same day. Finding a new agent took longer than I expected (more on that in another post!), but now that I can turn around and look back at that rocky hiking trail from the other side . . .

I think it was all worth it.

Breaking up with an agent sucks, but it's not the end of your career. You mope for a bit, you vent to your friends, and then you stand up and dust yourself off. You keep going.
Posted by Jill Baguchinsky at 10:53 AM No comments:

I've Said it a Thousand Times...

*dusts off the blog*

So here's the tricky thing about maintaining a writing blog: You need to have writing-related news to share. When you hit a few speed bumps on the publication highway and you have to ride the brakes for a bit, you might not have much to say, at least until you can hit that gas pedal again.

(That's not true. You have PLENTY to say during those slowdowns. It's just that none of it is appropriate to share on a professional blog. Instead, you complain to your friends while they nod sympathetically and pour you another glass of wine.)

Things seem to be picking up speed again. I recently signed with an amazing new agent (more on him soon), and MAMMOTH is polished and out on submission (more on that soon, too). I'm planning and researching my next project (...can you guess what I'm going to say here?). I have every intention of updating this thing more regularly. Those intentions are good, and you know what they say about good intentions... But I'm going to try.
Posted by Jill Baguchinsky at 12:30 PM No comments: 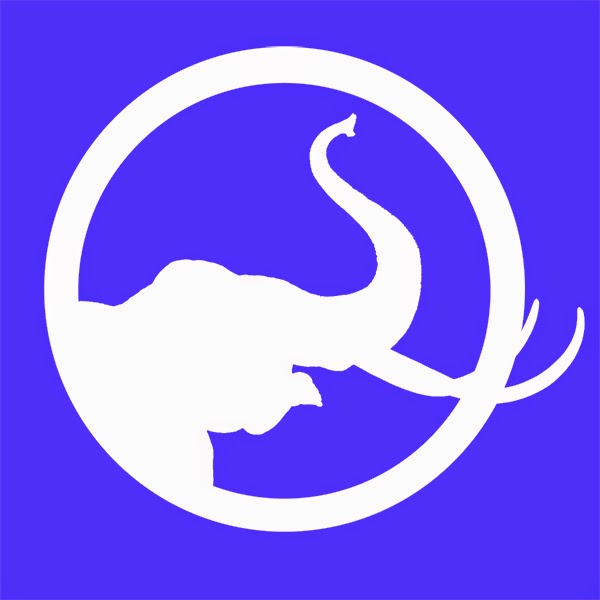 It would help if I had news to share. UNDERBED is still out with a number of editors, and I'm hoping my agent and I are close to putting the final polish on MAMMOTH and getting that one out on submission as well.

I'm excited about MAMMOTH. Really excited. The kind of excited that makes me want to gush endlessly and get other people excited as well, but doing that is difficult and weird without having any concrete publication info to go along with it, so I'm holding back. For now. But dang, I can't wait for y'all to meet Natalie.

And of course, we're less than two weeks away from November. NaNoWriMo is looming. I'll be conquering a complete reboot of my old MOTH & MOON idea (the original got scrapped early on in NaNo 2012 for the Southern-fried project that became HAINT BLUE):

One sixteen-year-old girl. One 1986 road trip. One hitchhiker. And one very large spider.

I go by Fire and Air over at NaNo. My profile is here; feel free to add me as a buddy. Good luck this November, NaNo peeps!
Posted by Jill Baguchinsky at 2:05 PM 2 comments:

I've said it before. I'm terrible at this.

Yeah, so it's been almost a year since I posted. Not sure why I'm terrible at consistent blogging. Ten years ago I would've been posting daily. Of course, I was just outgrowing my angsty poetry phase around that time, so most of those posts would've been horribly embarrassing. Be thankful I'm a bad blogger. 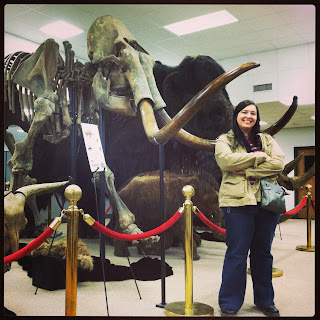 I don't have any concrete book news just yet, but I'm hoping that changes soon. My fingers are crossed. Agent Awesome (AKA Danielle Chiotti of Upstart Crow) has UNDERBED out to a number of editors, and I'm working on a new project, MAMMOTH. MAMMOTH is contemporary YA about a sixteen-year-old plus-size paleo-geek who scores a prestigious internship at an Ice Age dig site. It's a mashup of paleontology, popularity, and pin-up style.

Earlier this month I had the incredible opportunity to fly out to Texas and visit the Waco Mammoth Site, the paleo lab at UT, and several other locations to research MAMMOTH (and generally geek out over dig sites and fossils, OMG). I'll be sharing more of my photos here soon. It was an amazing experience!

That's all I've got for now. Hope y'all have been having a great holiday season, and here's to a totally mammoth 2014!
Posted by Jill Baguchinsky at 11:19 PM No comments: